One Fly Or Two?

A few years back, on the last winter day the Madison River was open to fishing, I ran into an old friend fresh off fishing a midge emergence at Three Dollar Bridge. As any fisherman would, I asked about his success. He admitted to struggling, managing to catch only a couple trout despite an abundance of midges and rising fish. As this was out of character for him, I pressed for more details. He retrieved his flies from his car, showing me those he had used and asking what I thought. All his patterns were viable imitations; any of them should have sufficed. I inquired about his presentation. He said he didn’t consider it a problem, but did note that he had been fishing two flies, both dry, separated by about eighteen inches of tippet. Might this have been an issue, he wondered? I sure thought so.

Two reasons sprung to mind: inaccurate casting and drag. When I watch most anglers fish two flies, I’m struck by the failure of accuracy to rate as a paramount concern. It’s as if these fishermen figure that by adding a second fly to their leader—doubling their chances for success, so goes the theory—a reasonably close cast somehow becomes close enough. But no matter how many flies we tie to our leader, we’re never absolved of the responsibility for accurate casting. Least of all on rivers like the Madison, where intimate pockets and feeding lies demand accurate fly placement. (The pocket-water of the Madison flows in stark contrast to, say, the flats of the Missouri or Bighorn, where pods of trout feeding shoulder-to-shoulder can often be cast at with little regard for accuracy, since even imprecise casts will cover at least a few fish.)

I asked my friend which of his two flies—dropper or stretcher—he had aimed at the rising trout. I received nothing so much as a blank look, until suddenly he realized the implications of my question. Turns out he wasn’t casting with any intention at all of making certain one of his flies drifted precisely over a fish. Rather, he was merely hoping that one or both would be close enough to elicit a rise. But by casting in this manner it was very likely that neither of his flies covered the bulk of the risers.

As for drag, I think with two flies it’s more difficult to avoid. Two flies give the currents more to act on, and they generally do. (My friend acknowledged that many of his casts ended up dragging.) Sometimes this can be alleviated by spreading the flies farther apart, but doing that frequently leads back to problems with accuracy. And even when we do adequately control which fly we want the trout to see, what happens to the other? Is it landing randomly, in contrary currents, further compromising the float of its partner?

Not having been there to watch, I can’t say definitively what was behind my friend’s lack of success. But the use of two flies sounded awfully suspicious. So before automatically adding another fly to your leader, consider your reasons for doing so. If it’s only because you think it doubles your chances of success, proceed with caution. Multiple flies often hurt more than they help.

Beyond the idea of simply catching more fish, there are other reasons for fishing two flies. Many anglers find that they can keep better tabs on a small dry fly with the addition of a more visible partner. And getting nymphs down deep—especially in small sizes—is often more easily accomplished by using multiple flies. 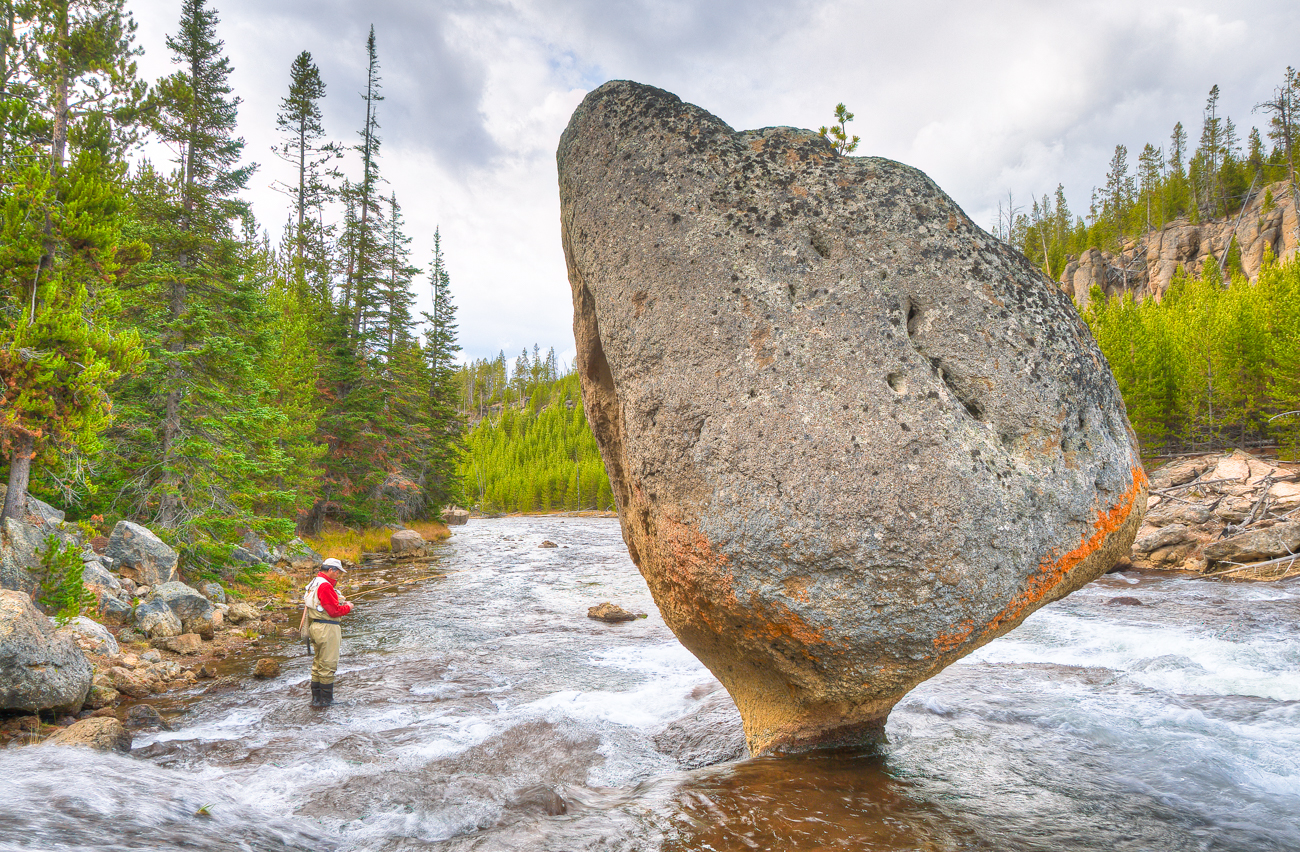