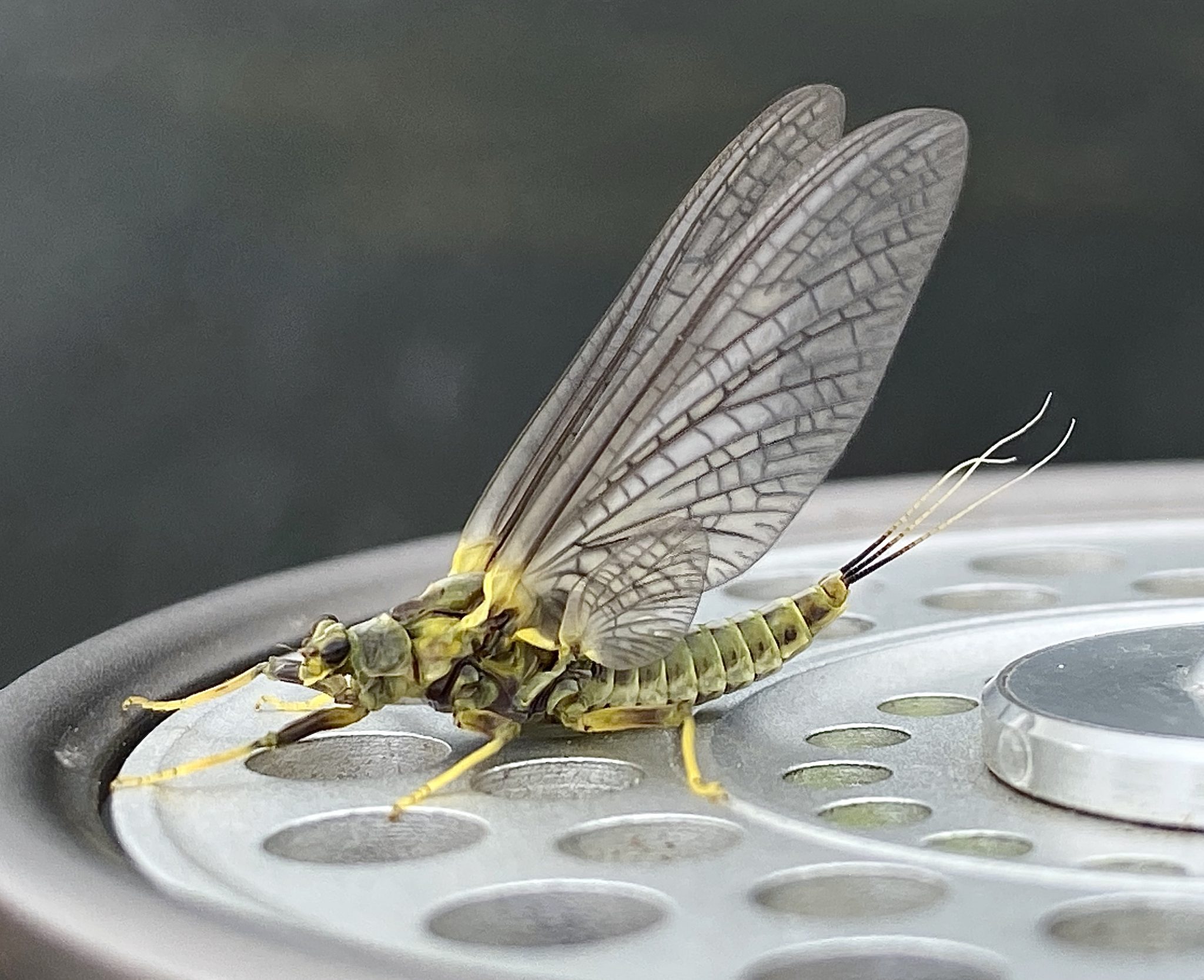 This coming Saturday, April 11, I’ll be participating in an online discussion about fly choice, sponsored by School of Trout and Hatch Magazine. If you’re interested, clink the link below. The seminar is free, but space is limited.  Essential Dry Flies.

As Seen By The Imperfect Human Eye 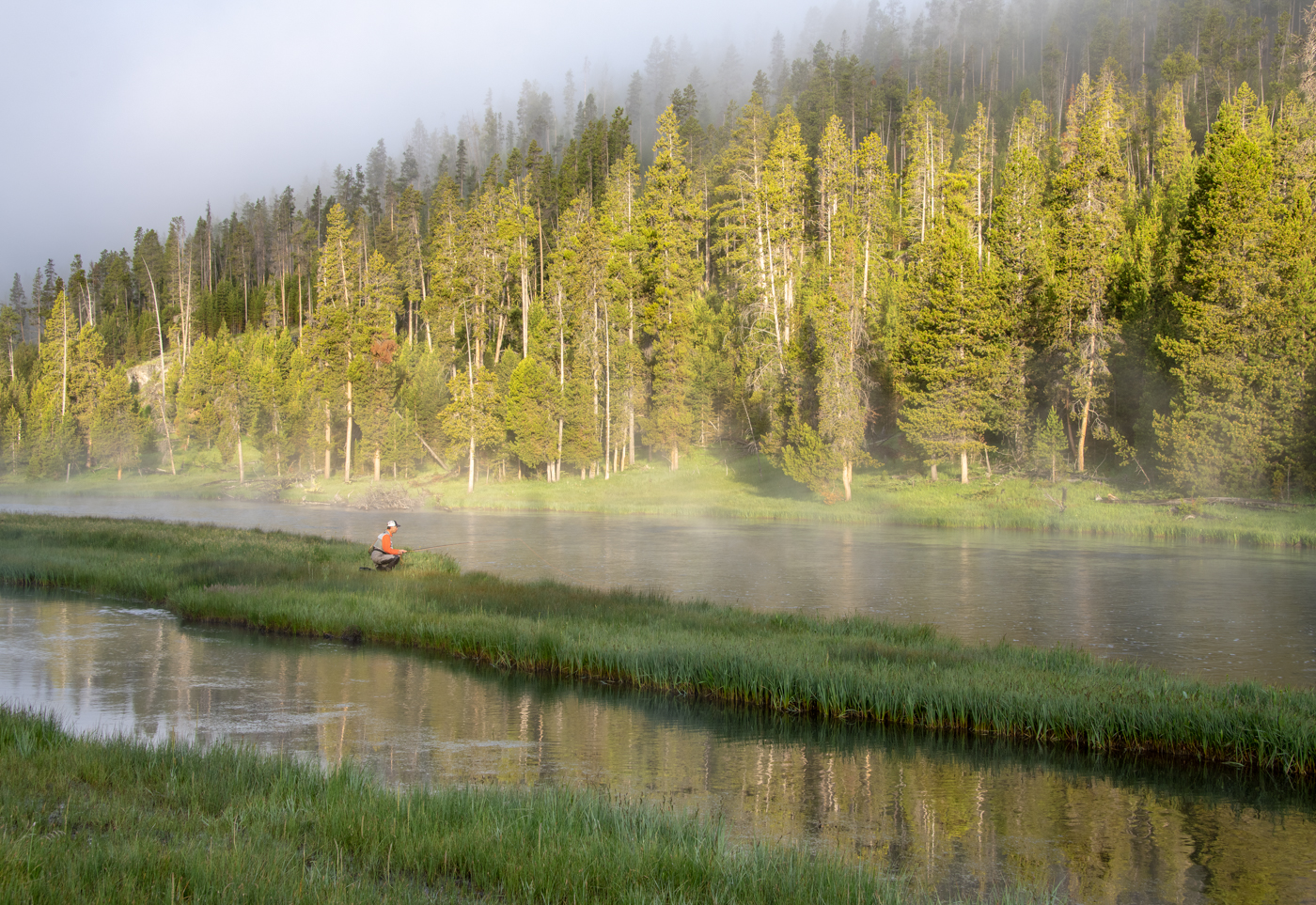 Freedom From The Shackles Of Everyday Life 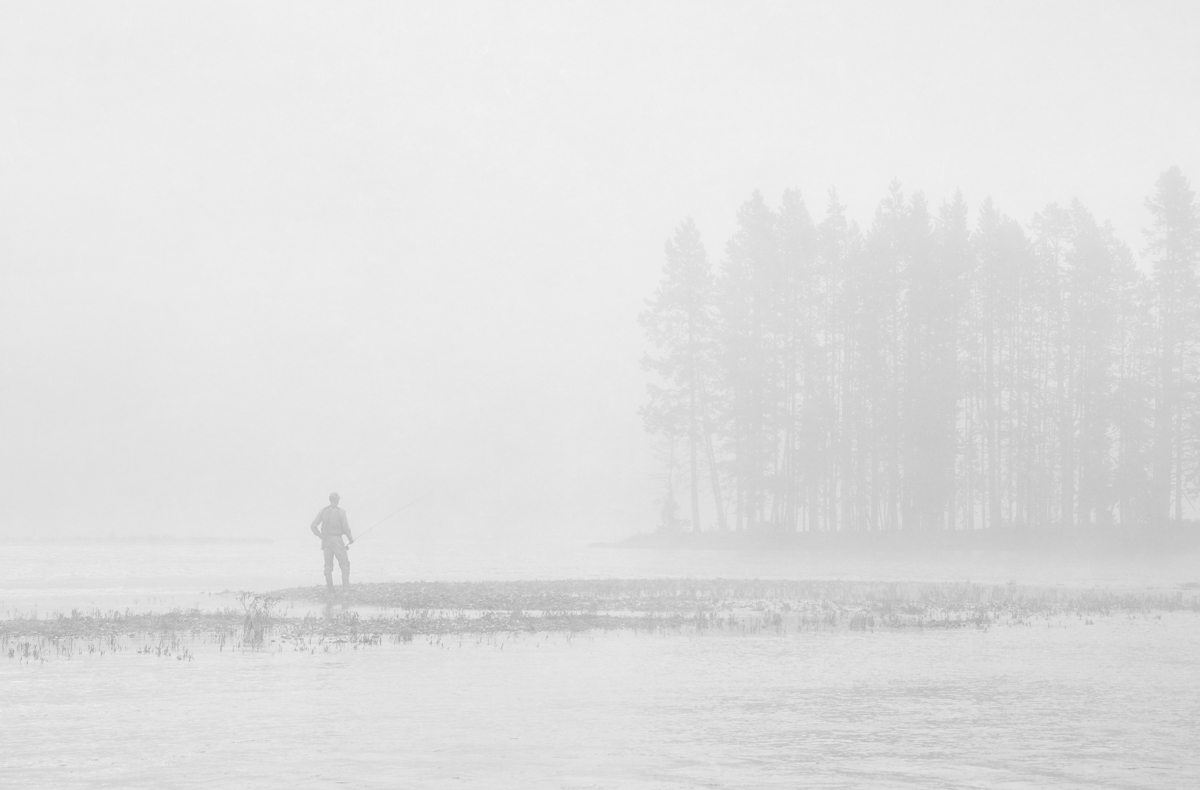 A Relative Of All The Trout That Have Ever Lived 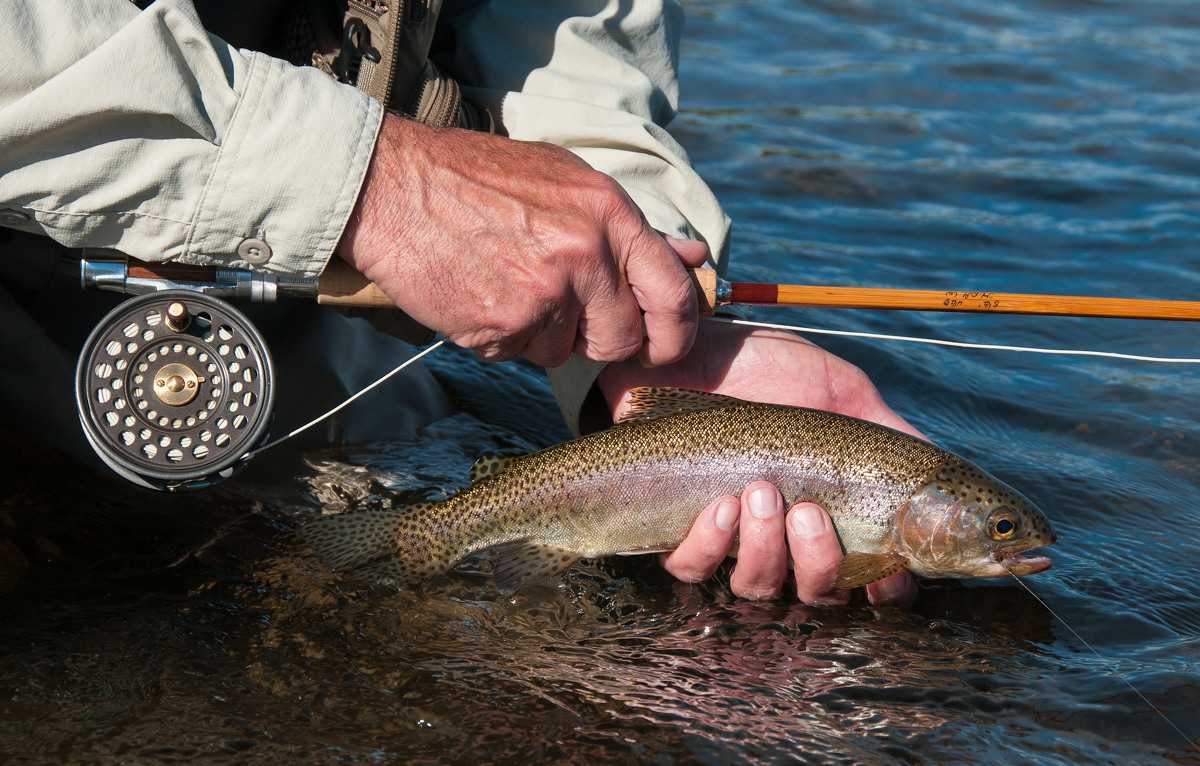 A Relic From A Distant Time

If your history as an angler goes back far enough—to the mid-1970s, say—there’s little doubt that you recognize the piece of gear in the picture.  Quite likely, you owned one.  Everyone did.  If you don’t recognize it, consider yourself lucky.  It’s a Flex-Light, a small goose-necked flashlight that was de rigeuer for fishing after-dark.  Designed to be clipped to a vest pocket (back then, everyone wore a vest), its narrow cone of light beamed down with a simple twist of the head.  Sounds good pretty good, no?

It wasn’t.  The Flex-Light had problems, most of which were serious.  For one, it was heavy.  I know it doesn’t look like it, but the thing weighs five pounds, easy.  (It’s seven inches long.)  Okay, maybe not quite five pounds, but even as I heft it now, it’s ungainly.  There are two reasons for the weight.  One, it’s made of metal, just like 1970s cars.  Two, its power source was two AA batteries, which ain’t overly light, either.

In theory, a metal light should have proven highly durable.  And it was, so long as you didn’t spend any time near water with it.  (Who would do that?)  Exposed to water, the Flex-Light had a way of rusting.  On the inside, where you couldn’t see it until it was too late.

A light that turns on and off with a simple twist of the head seems like a good idea, even today.  Problem was that in the course of putting your vest on, taking it off, or, hell, just fishing, the light often jiggled on by itself. Always, this occurred in the daytime. Always, unnoticed.  This you wouldn’t discover until nighttime, when, in trying to illuminate your way, you realized the light was already on, its batteries dead like Zed.  In the unlikely event that you carried spare batteries (even more weight), the bulb of the Flex-Light could then be counted on to die. Naturally, replacement bulbs were impossible to find.

Perhaps I’m being too harsh.  After all, it’s only by comparison to the better alternatives available today that the shortcomings of the Flex-Light stand out.  I mean, now and then the thing actually did function.  I tied on a lot of flies and tippets under the beam of mine.  And I avoided a lot of hazards, like beaver holes, while walking off the water after dark.  Things could have been worse.

On occasion, I find myself pining for certain things from the ’70s—like my youth, or the fishing on the Firehole.  But never, ever for the Flex-Light.  Today’s lights are simply superior.  So rest in peace, (burned out) Flex-Light.  Rest in peace.

For any readers that would like to be automatically notified of updates to my blog and website, I’ve now got an RSS feed set up.  Just click the orange button on the right at the top of this page to add me to your feed reader. Alternatively, here’s the link itself:  http://www.johnjuracek.com/feed/  Thanks to everyone for having taken the time to actually come to my site to see whether it’s been updated.  I hope this makes it easier.

The white button next to the RSS button is a link to my Flickr site, where I have a variety of photographs displayed that don’t necessarily suit this site.  Thanks for checking them out.

Snow has been falling in Yellowstone the past couple days.  Been cold and windy too.  But that hasn’t dissuaded diehards like Mike Brady, shown here fishing in yesterday afternoon’s snowstorm.

Flight of the Caddis

It’s caddis time on the Madison River.  There are a number of different species emerging now, including several from the genus Hydropsyche.  One species in particular, H. cockerelli, outweighs the others in significance for fishermen.  If you’ve fished the Madison in the evening, it’s likely you’ve seen cockerelli as they swarm above the bankside vegetation.  These swarms look like miniature F5 tornadoes as the caddis engage in their pre-mating dance.  Arresting their movement with a camera provides an interesting look at the range of motion of their wings, which otherwise move too quickly for the human eye to see clearly.