A Note on Flying Ants

In the Yellowstone area, flying ant season runs from the middle of August until the first week of September. Most local rivers see tremendous ant falls every year. Fish rise avidly whenever ants are on the water, and excellent fishing is had by anglers fortunate to be in the right place at the right time. Ant falls are highly unpredictable, but the majority of them typically occur in the latter half of August. The ant pictured above was part of a massive fall on the Henry’s Fork. For years there has been some question among anglers about whether this Henry’s Fork “honey ant” is truly an ant, or some type of aquatic wasp or other creature. I’m no expert in ant identification, but what I do know about them indicates they are in fact ants. Their behavior, antennae structure, and the presence of a pedicel seem to confirm this, but I’ll leave it up to a trained professional to decide that for sure. I do know it’s never a good idea to come to Yellowstone in August and early September without an array of ant patterns in your fly boxes. The ant in the picture is a size #16, but you’ll want to carry them down to size #22 to be covered for any eventuality. Black, cinnamon, or patterns with a combination of both colors should serve you well. 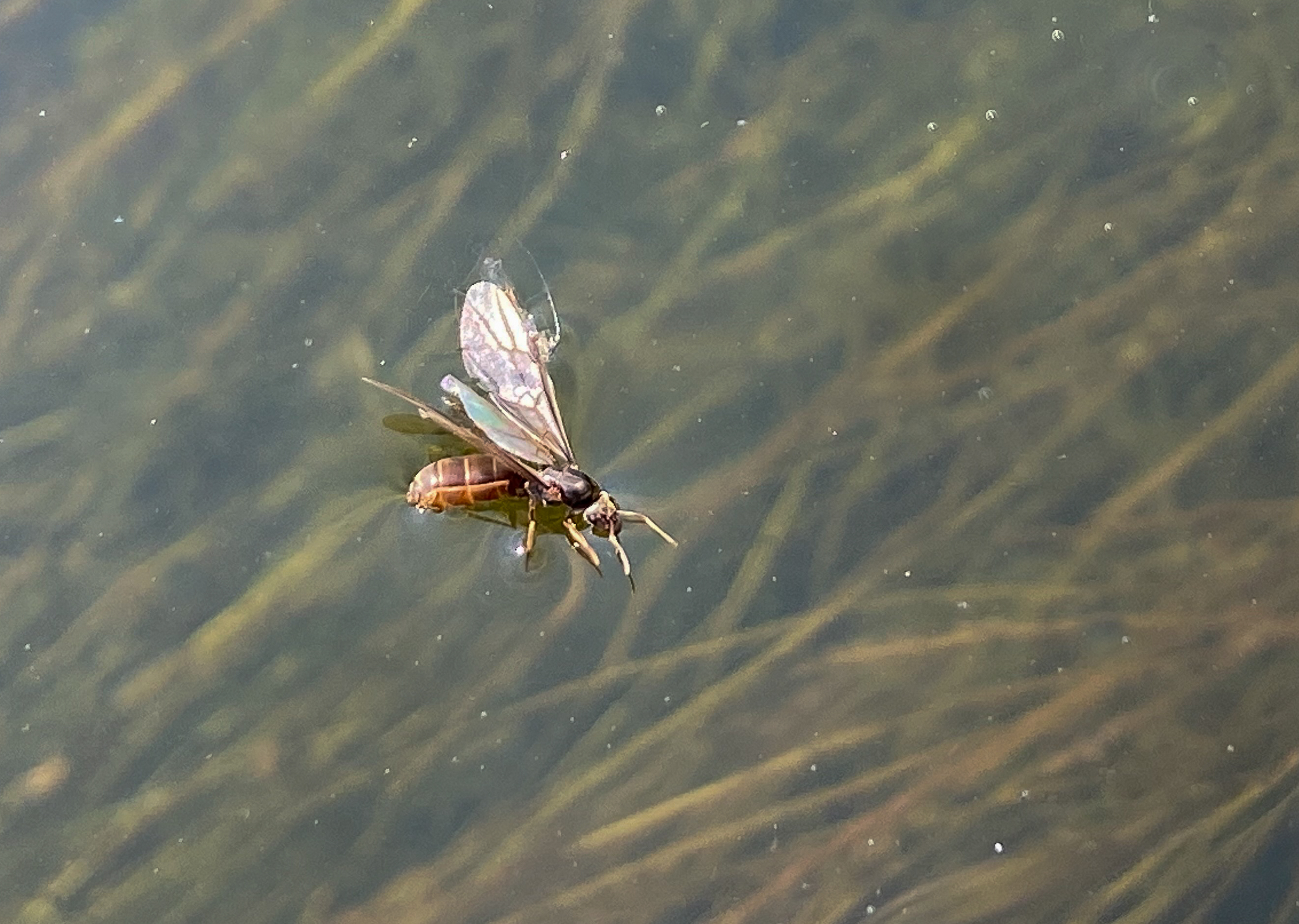