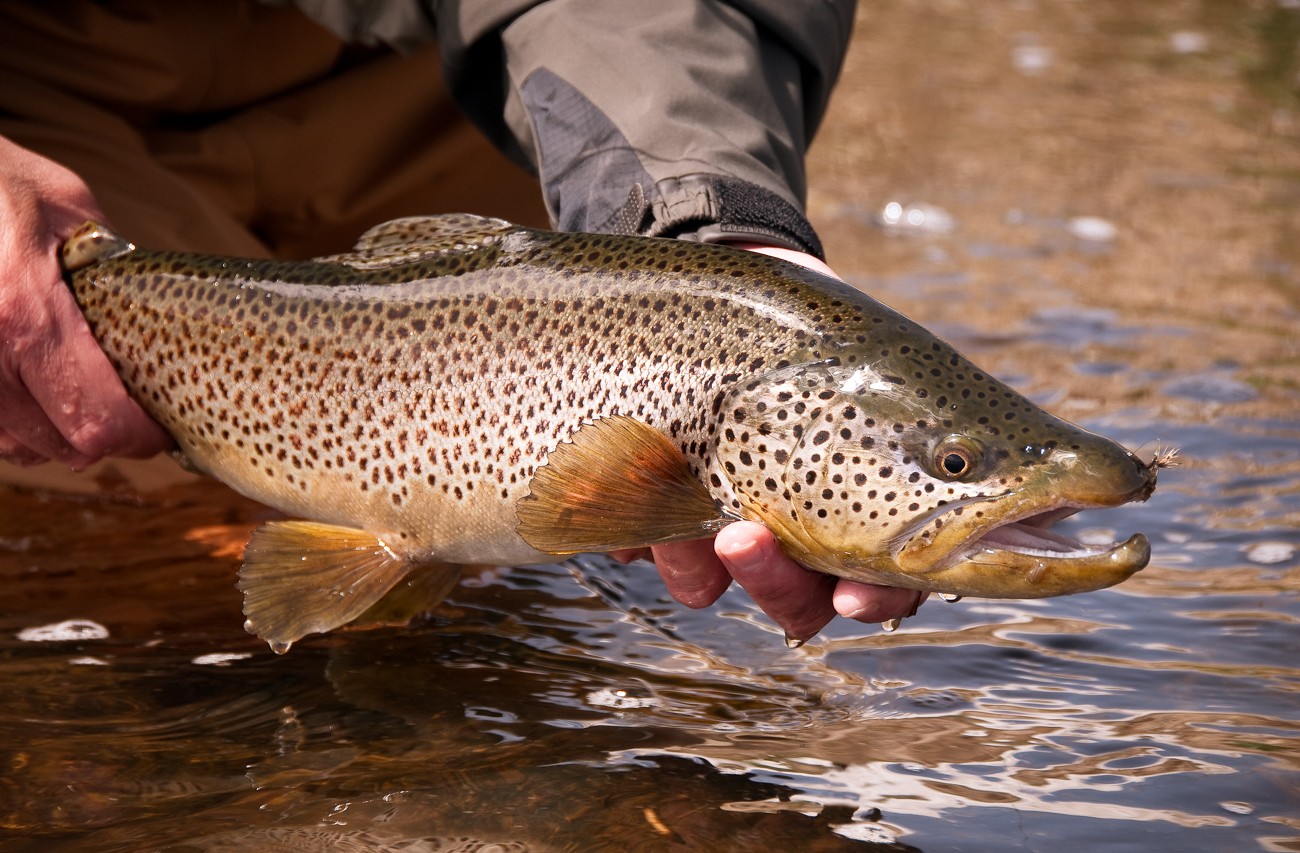 For the past several seasons I’ve been spending much of my fishing time pursuing brown trout. Free-rising brown trout. While so engaged I’ve been reminded countless times of a feeding quirk particular to this species. It’s this: Brown trout react to food according to their own whims and fancy, completely independent of its presence and abundance. Surround them with a good hatch, spinner fall, or stonefly flight, and brown trout might feed readily, might feed haphazardly, or maybe not at all. Give them the sparsest of hatches and it’s possible for every brown in the river to be on the fin, taking anything that drifts nearby. You just never know.

Other trout species don’t act like this. Rainbows, cutthroat, brook trout—they all exhibit feeding patterns that pretty much correlate directly with the availability of food. When food abounds they can be counted on to eat it, and eat it well. When food is sporadic, so too is their feeding. But not the brown trout; they feed according to their own schedule. (A Henry’s Fork rainbow can be fickle like this too, but still fails to rank in the same class as a brown.)

What implications does this behavior have for fishing? For one, it suggests that patience is often going to be a key to success. Don’t give up too soon if fish aren’t responding early in a hatch. Brown trout can take what feels like forever to come on to a hatch. Even then, they frequently give the impression that rising is something of a bother, practically more trouble than it’s worth (uh, easily acquired, abundant food? Who cares?).

This quirk of feeding also means it’s important not to pass judgment too quickly about your choice of fly or its presentation. Just because a rising fish fails to take your first cast (or fourth, tenth, even thirtieth) doesn’t mean anything is wrong. Your fly may very well be right, your presentations perfect. Doesn’t matter. Brown trout rise when they’re good and ready.

Success then, at least for me, usually depends on figuring out the feeding rhythm of a given fish. Browns will often rise multiple times in succession and then go down for a period of time. This holds especially true for the largest specimens. Observing how many rises occur in each go-round, the interval between those rises, and the length of time the fish goes down for will help you plan your casting. Naturally, you want your fly covering the fish at the most opportune time. And, stating the obvious, the execution of all other elements of your presentation must be done well too.

I know that this sort of planning and fishing is not for everyone. That’s okay. But if you’re drawn to brown trout like I am, particularly rising brown trout, paying attention to their feeding behavior is more than just an interesting sidelight.  It’s essential to their capture.