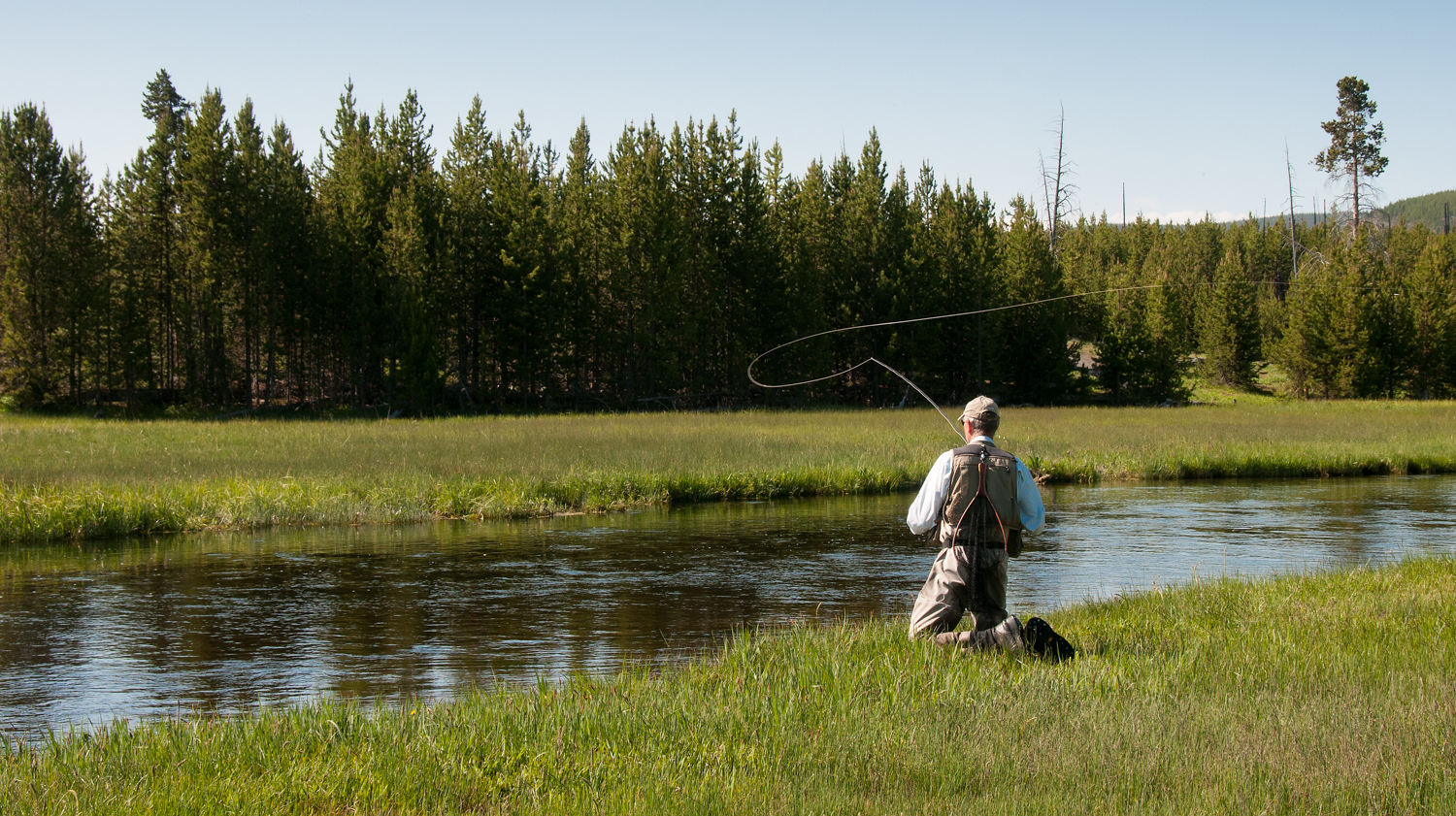 I spend a lot of time teaching fly casting, and the double haul frequently arises among students as a topic of discussion and questions. Many of the questions are ones that arise time and again. So, for anglers that might be wondering about the double haul and whether it’s worth incorporating into their fishing, here are some answers.

What is the double haul?

Simply put, it’s an advanced casting technique that increases the speed of the fly line during the cast. To achieve this, the line hand literally pulls—“hauls”—on the fly line at select points in the casting stroke. The increased line speed resulting from hauling provides a variety of benefits.

Do I need to learn the double haul in order to catch fish?

No. You can be highly successful in many different angling realms without knowing how to double haul.

Okay, but should I learn to double haul anyway?

Yes. It will make your fishing life much easier by broadening the situations in which you can be successful. Just don’t learn too soon. It’s best to develop a mechanically sound casting stroke first, taking whatever time is necessary to do so, and only then adding in the double haul. By doing this, your ceiling as a caster elevates—a lot. Anglers who learn to haul before they possess good mechanics are more often than not doomed to casting mediocrity. It’s as if learning to haul causes all other casting faults to immediately ossify, ingraining them forever, foreclosing on any potential future progress. But for anglers patient enough to learn once their fundamentals are sound, the benefits of hauling become additive to their casting strokes, allowing them to flourish in difficult situations they would otherwise be unable to handle.

How does double hauling actually work?

There are two mechanisms that can play a role. Hauls themselves (properly executed, of course) directly increase the speed of the line. Hauling can also cause the rod to bend a bit more deeply, if the haul takes place early in the stroke. A deeper bend stores more energy, and as the rod straightens this energy transfers to the line in the form of speed. This additional rod bend adds a mere fraction of the speed that hauling itself does, and anglers serious about double hauling time their hauls to occur late in the stroke, as the rod is straightening out.

How will double hauling help my fishing?

In numerous ways. Hauling aids in casting long distances, counteracting the effects of wind, increasing accuracy, casting large, heavy and/or wind resistant flies and, not least, hauling can relieve our rod arm of some of the burden of casting.

I often hear and read that hauling helps with distance, wind, and large flies. But accuracy too? How does that work?

The additional line speed generated by hauling allows our rod arm to make a shorter, less effortful stroke than required for a cast without a haul (the work is divided between two hands instead of one). Shorter strokes made with less effort allow for better control over the tip of the rod—an essential key for accurate casting. If you watch highly skilled anglers or competitive tournament casters, you’ll see many of them hauling at targets only 40 – 50 feet distant. They’re not hauling for distance, but rather to minimize the length of their stroke and the effort of their rod arm, knowing they’ll be more accurate that way. It’s akin to the increased accuracy a professional golfer achieves when chipping the ball from greenside as opposed to playing a full shot from well down the fairway.

Double hauling can also lighten the burden on my rod arm?

Yes, in the manner I just alluded too. Hauling splits the work of the cast between both arms. However, there’s a caveat here. Enjoying this particular benefit depends a lot on your fly rod. It can’t be overly stiff. For example, many of today’s fly rods—saltwater models especially—are stiff enough that many anglers (women especially, but men too) find them extremely difficult to cast without hauling. Their rod arms are just not strong enough nor quick enough to bend the rod effectively. So for these anglers, hauling with such a rod is less about splitting the work between arms than it is a prerequisite for making a successful cast, period.

What’s the best way to learn the double haul?

Take a lesson from a casting instructor. A lot of things can go awry when you’re learning to haul, and it’s nice to have someone alongside that can fix the things that do. But if you’ve developed a sound casting stroke that can withstand the addition of new movements without going haywire, then books or videos are excellent resources to learn from too.

“A Place Without Words”

“A Place For The Experienced, The Curious, And The Lost”