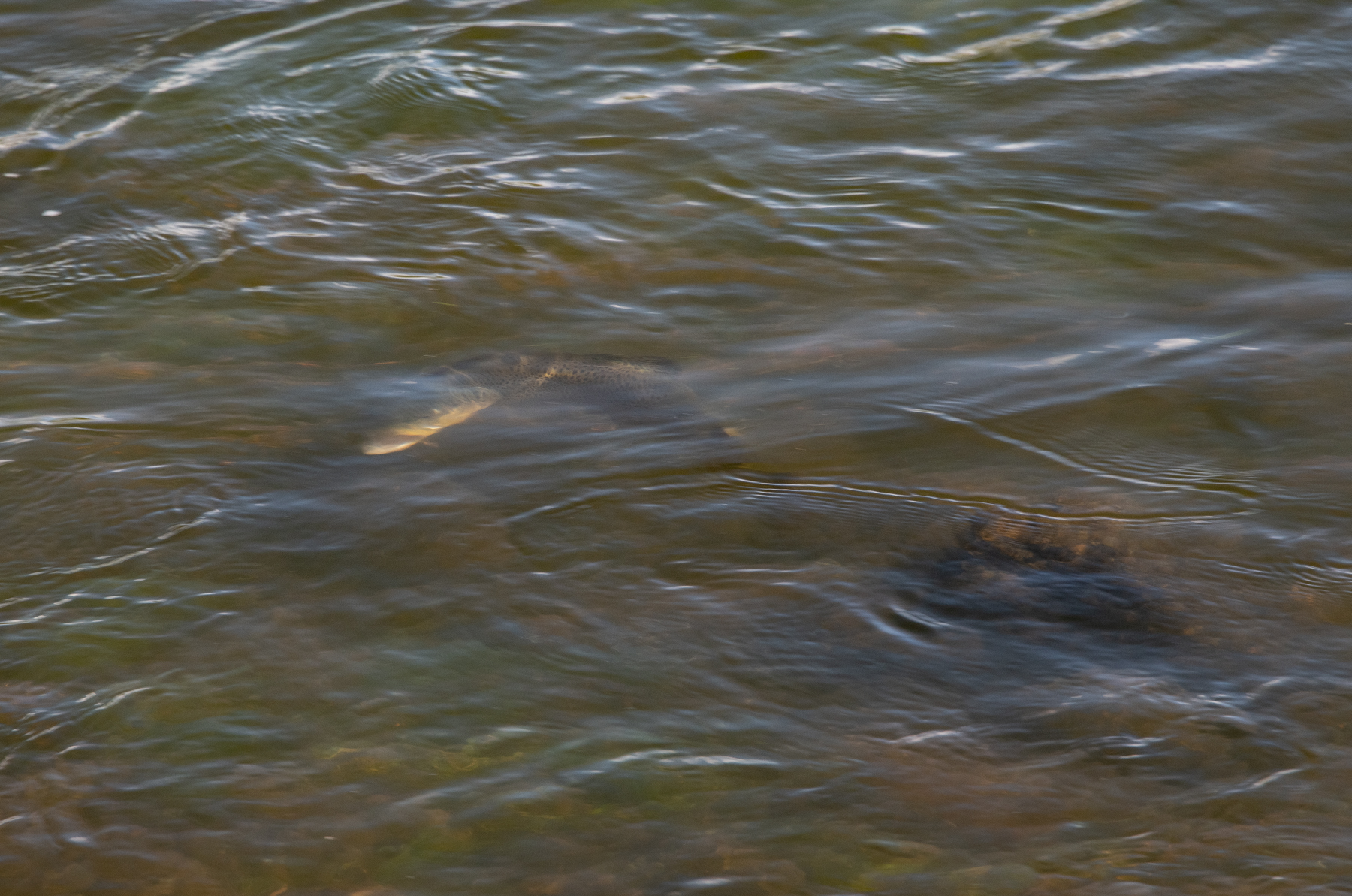 George Skues wrote often of the “wink under water” that reveals the presence of a nymphing trout to the observant angler. Much of the time, this “wink” referred to the flash of white resulting from the opening and closing of a trout’s mouth as it ingested a drifting nymph or other underwater food item. This flash can be seen clearly in the photo above. The fish is a 20+ inch brown trout—a trophy fish most everywhere—and a sight thrilling beyond description to anyone who takes sight-fishing seriously. He was lying in water less than calf deep.

Throughout the Yellowstone area, big brown trout want to hold and feed in shallow water. That’s because it’s efficient. Drifting food is compressed into a narrow column of water, currents are generally slower, and there are often rocks cushioning the flow that make holding in place even easier. So no matter where you fish, keep your eyes on the skinny water. That’s where the largest fish frequently lie, and if you’re patient and observant, they’ll show themselves to you.

Accuracy: Can Less Be More?

“As Seen By The Imperfect Human Eye”